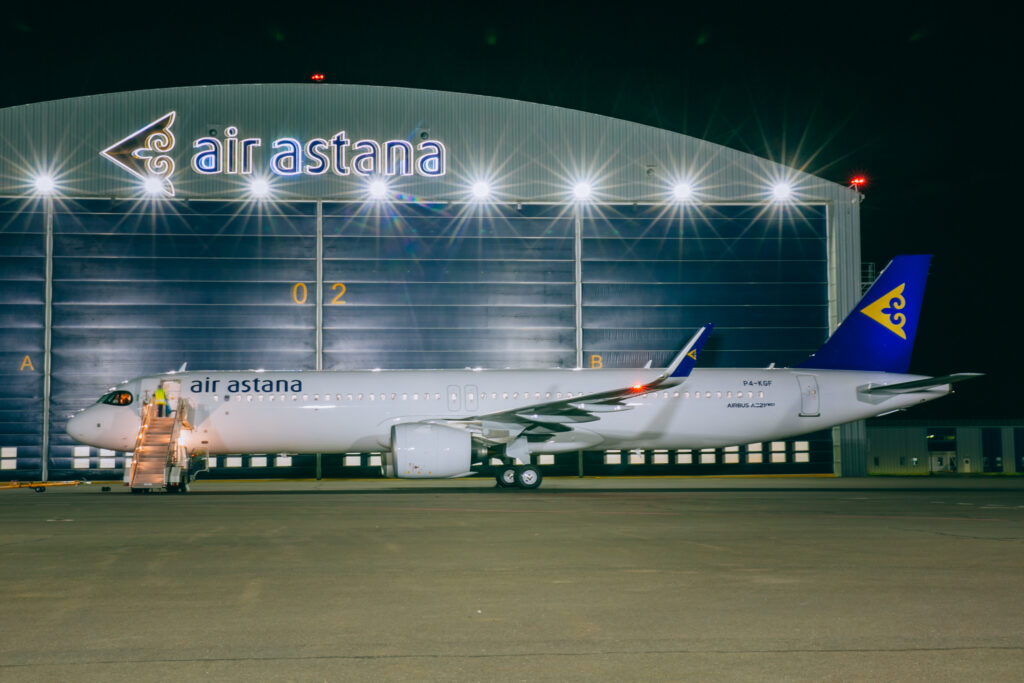 Air Astana’s ninth Airbus A321LR arrived in Almaty from Hamburg on 15th October 2022, with a tenth aircraft scheduled for delivery before the end of the year. The first Airbus A321LR was delivered to Air Astana in October 2019.The latest aircraft is on operating lease from Air Lease Corporation.

The Airbus A321LR is a long-range version of A321neo and is operated on Air Astana’s international network, with destinations including Antalya, Bangkok, Dubai, Frankfurt, Istanbul, London, Phuket  and Sharm El Sheikh. The aircraft is configured in a two-class layout featuring 16 seats in business class and 150 seats in economy.

Air Astana commenced its operations in 2002 as a joint venture between Kazakhstan’s national wealth fund, Samruk Kazyna, and BAE Systems, with respective shares of 51% and 49%. The airline is a full-service international and domestic carrier, with its low-cost division, FlyArystan, rapidly growing in regional and domestic markets since launch in 2019.