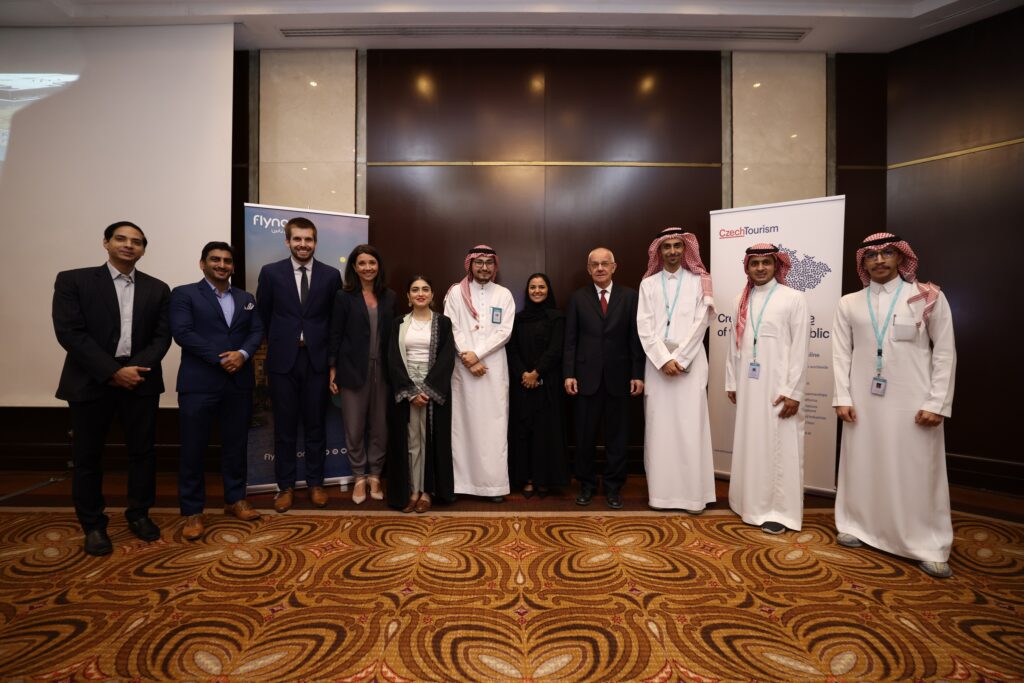 Riyadh, Kingdom of Saudi Arabia, Czech Tourist Authority – CzechTourism in cooperation with the Embassy of the Czech Republic and in association with Flynas successfully concluded its exclusive Saudi Arabia Roadshow from the 31st October 2022 – November 2nd 2022 covering Riyadh, Jeddah and Al-Khobar cities respectively.

The aim of the roadshow was to highlight the multifaceted attractions of the country with a focus on its spa and wellness products, visa seminar by the Embassy of the Czech Republic and airline connectivity by Flynas, the airline partner for the roadshow. The presentations were followed by B2B meetings and networking dinner with travel agents and lucky prize vouchers by Czech partners and Flynas. The roadshow hosted a delegation of 14 partners ranging from DMC’s, hotels, spa resorts and medical tourism who joined from the Czech Republic. The workshop welcomed over 66 agents in Riyadh, 70 agents in Jeddah and 40 agents in Al-Khobar.

Opening the roadshow in Riyadh,  Juraj Koudelka, Ambassador of the Czech Republic to Saudi Arabia, said: “”We are very excited to be a part of Czech Republic Roadshow focusing on Saudi Arabia exclusively this year. We are flattered to observe the increasing number of travellers from the Kingdom who are aware that the Czech Republic is a popular destination four tourism as well as for well-known top quality spa treatment.”

Marek Kroutil – international markets manager, CzechTourism added “The Czech Republic is a preferred spa and wellness destination for travellers visiting from the Middle East and I am proud that our spa towns were awarded with the UNESCO as the great spa towns of Europe. This market is of high potential and of strategic importance for incoming tourism to the Czech Republic which has to be rescued after the long Covid-19 recession.”

He further added, “We are promoting the country in the GCC as a premium destination targeting families, experiential travellers, MICE (Meetings, Incentives, Conferences and Exhibitions) and leisure travellers through various B2B and B2C activities like destination workshops, e-learning and joint collaborations with travel agents, airlines and media.”