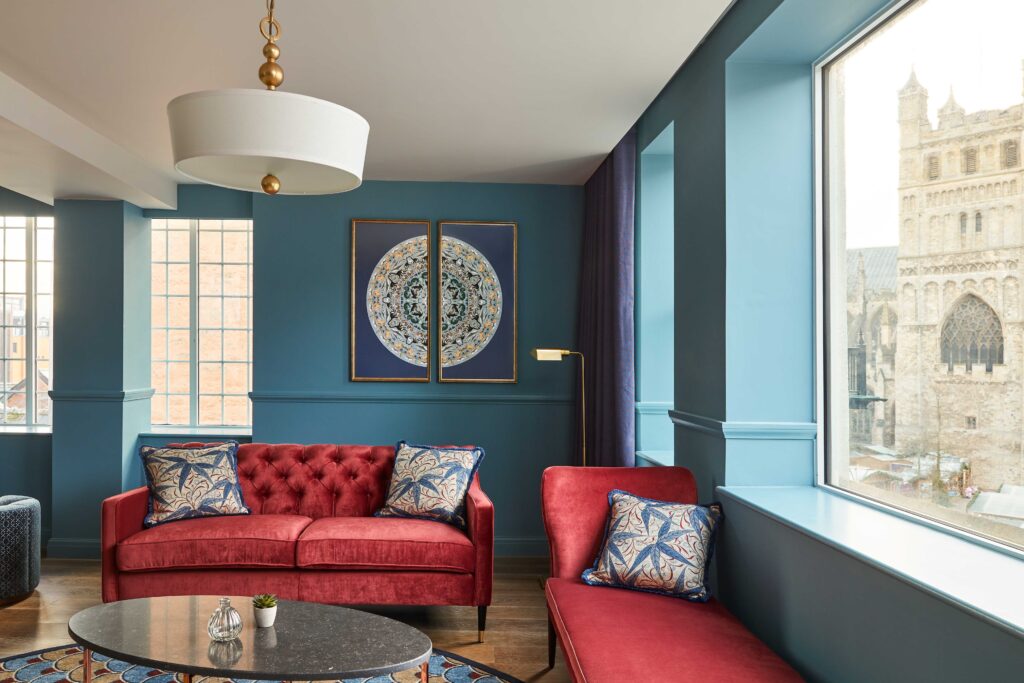 Hotel Indigo Exeter has opened its doors to guests after a multi-million-pound major restoration project. Hotel Indigo Exeter has been lovingly restored and converted from the iconic former House of Fraser department store which was built in a 1930s modernist style. The history of the building however dates to 1792 when Mrs Colson, a local milliner who became one of the city’s most loved characters, opened a department store there named ‘Colson’s’.

Just as no two neighbourhoods are alike, no two Hotel Indigo properties are alike. Each is designed to uniquely reflect the local culture, character, and history of the surrounding area. Comprising of 104 bedrooms, the rooms are designed around three themes reflecting the vibrance and style of Exeter’s historic neighbourhood – The House That Moved, Colson’s Department Store and Cathedral Heritage. All rooms are equipped with Hypnos beds with Egyptian cotton linen, spa-inspired bathrooms, Nespresso coffee machines, high speed Wi-Fi and a variety of channels on a 43” flat screen TV. 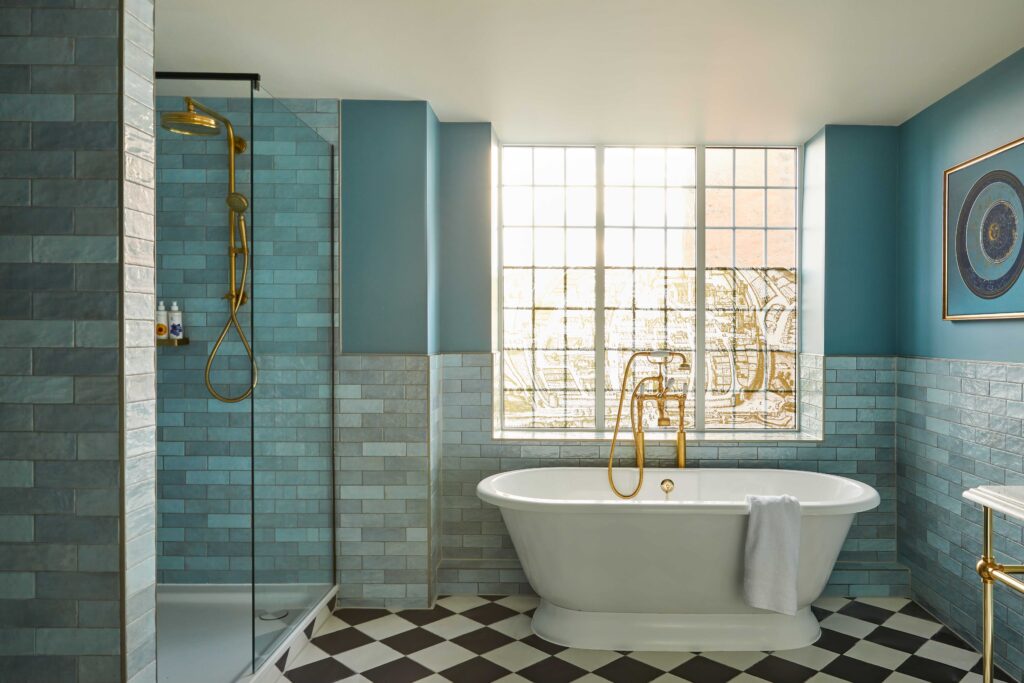 Situated only a 30 second walk away from the Cathedral, the hotel is perfectly located for visitors to discover all that Exeter has to offer. Established as a Roman base, Exeter has a wealth of architectural buildings and is steeped in history.

Carol Hoeller, vice president Global Brands – Hotel Indigo, said: “This is another exciting opening for the Hotel Indigo brand. The southwest of England has always been a draw for visitors due to the unique city neighbourhood and character of Exeter itself. Hotel Indigo Exeter will draw on all those hallmarks to ensure our guests experience the true local flavour of the area in each stay at the hotel. The Hotel Indigo brand has experienced a great 2022 with strong growth globally, with local openings such as this in Exeter a key driver for that growth”.

Simon Hall, Castlebridge Hospitality’s managing director, said: “We are thrilled to open Hotel Indigo Exeter – the city’s principal hotel. We love to deliver locally inspired and innovative restaurant and bar concepts and this hotel is a prime example of how Hotel Indigo draws on the local neighbourhood to inspire every aspect of the hotel, from intriguing design to locally inspired menus. We look forward to welcoming guests to this stunning hotel”.