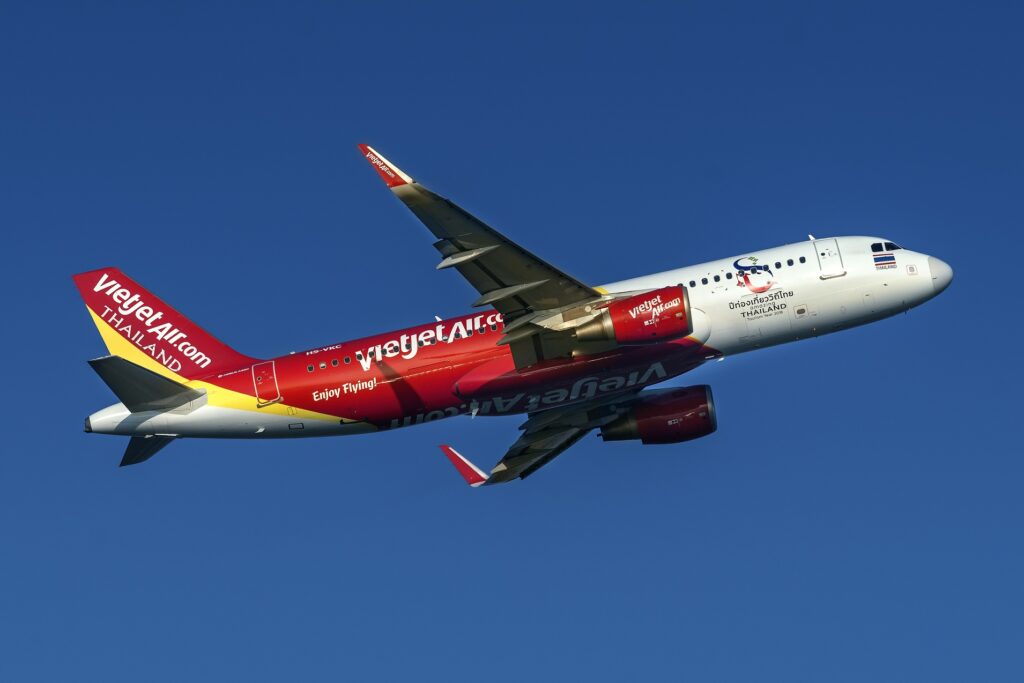 Thai Vietjet announced its performance in the first three quarters of 2022 and revealed its business strategies for the upcoming year of 2023.  None of the past years has witnessed such rapid international expansion to different regional countries for Thai Vietjet. From only international cargo flights to China and Vietnam during the pandemic to almost 1st half of 2022, Thai Vietjet has been aggressively expanding its international flight network to various top destinations across the Asia-pacific region. Currently, the airline operates direct flights from Bangkok to Singapore, Fukuoka, Taipei, Phnom Penh, and many destinations in Vietnam, including Ho Chi Minh City, Da Nang, and Phu Quoc. Total passengers and cargo carried reached over 5 million and almost 9,000 tons, respectively.

Planning ahead to 2023, the airline is focusing on improving domestic flight services and international network expansion to offer further convenience to passengers and uplift its competitive advantage.

“2022 has been a remarkable business year for Thai Vietjet,” said, Woranate Laprabang, chief executive officer of Thai Vietjet, “We started the new year with the launch of the direct service between Bangkok and Phnom Penh, as soon as the borders between the two countries started to open, and since then have continuously and proactively expanded our wings to many destinations through the Asia-pacific region, including Singapore, Fukuoka, Taipei, as well as relaunching many destinations between Thailand and Vietnam, where we are the leader in the market.” 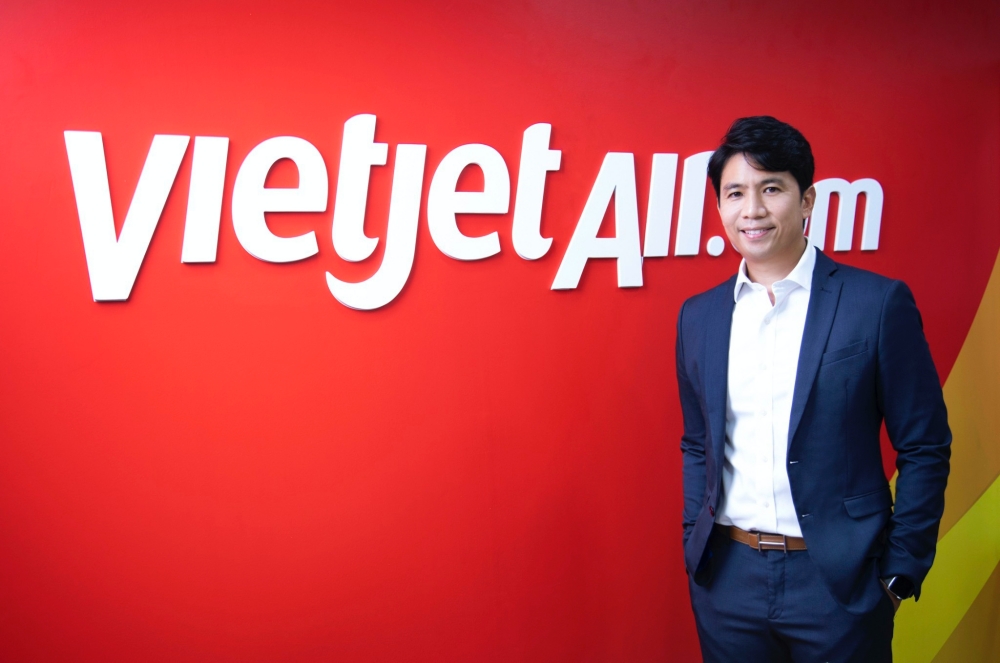 In particular, Thai Vietjet, together with Vietjet Group, is the largest carrier operating between Thailand and Vietnam in terms of capacity. Since January 2022, Thai Vietjet and Vietjet operated over 2,500 flights between Thailand and Vietnam, and transported over 350,000 passengers on its extensive flight network between both countries, including the direct flight from Bangkok to Hanoi, Ho Chi Minh City, Da Nang, and Phu Quoc, and the direct route from Phuket and Chiang Mai to Ho Chi Minh City. The airline will also resume direct service between Bangkok and Da Lat on December 2, 2022.

Not only having various new international services in place in such a short time, the additional frequency for each of the routes was added quickly, with 2 or even 3 daily flights, to support the increase of travel demand after travel restrictions in many countries have been relaxed. Lately, Thai Vietjet further announced the increase of its international services Bangkok – Fukuoka daily flight in November, Bangkok – Taipei of up to 10 flights per week in early December this year, with a solid plan to further increase the flight frequency to double daily right in January 2023.

To support its expanding fleet and flight network, in July 2022, Thai Vietjet hosted its annual “Sky Career Festival 2022”, recruiting new talents to be part of its fun and friendly yet professional team, with over 10,000 participants attending to explore the airline’s career opportunities, joining cabin crew, pilot, engineering, ground service, commercial, back office and other jobs recruitment, learning insights from airline professionals. The Sky Career Festival is Thai Vietjet’s annual event since 2018, and it continues to provide participants more opportunities to develop their career paths in a multinational working environment not only in Thailand but also in the overall region, but also in the Asia region, especially in Vietnam. 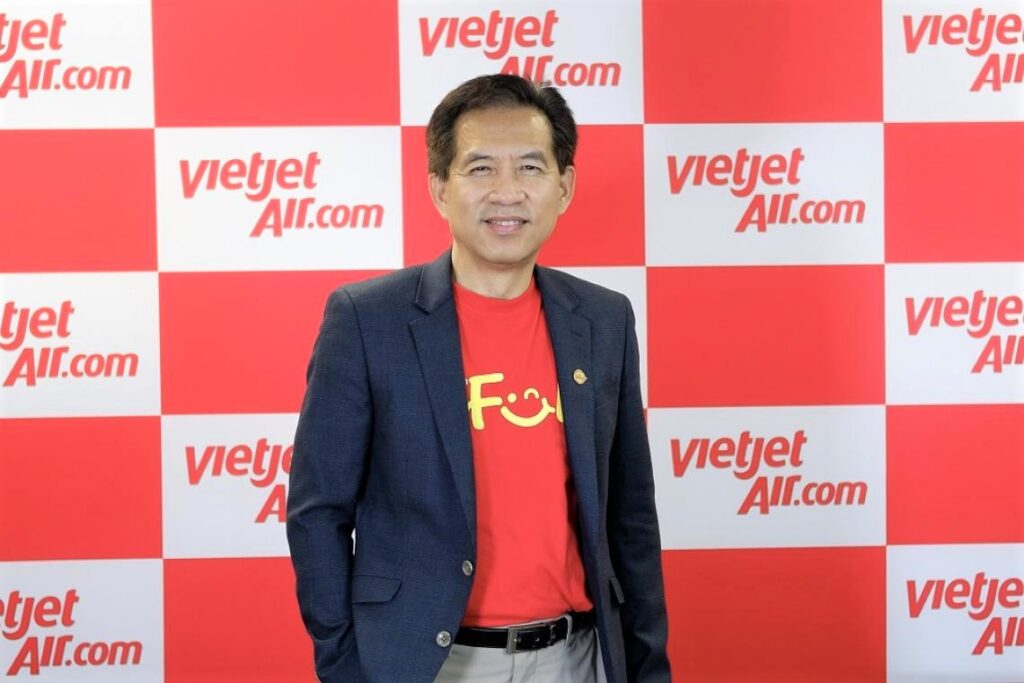 In addition, to further leverage passengers’ in-flight experience, the airline introduced ‘Sky Café’, presenting a wide range of Thai and international cuisine to domestic and international passengers. Sky Café was officially launched after the Civil Aviation Authority of Thailand (CAAT) gave airlines permission to serve food and drinks again on domestic flights in Thailand in July 2022, after a long hiatus of suspension due to COVID-19 outbreak.

Looking forward to the year 2023, international expansion remains Thai Vietjet’s main and most important focus. The airline plans to launch many new international routes from its Suvarnabhumi base to diversified destinations across Asia-pacific by the first quarter of 2023, including the direct service between Chiang Mai and Osaka (Japan), and Southeast Asian destinations from Bangkok.