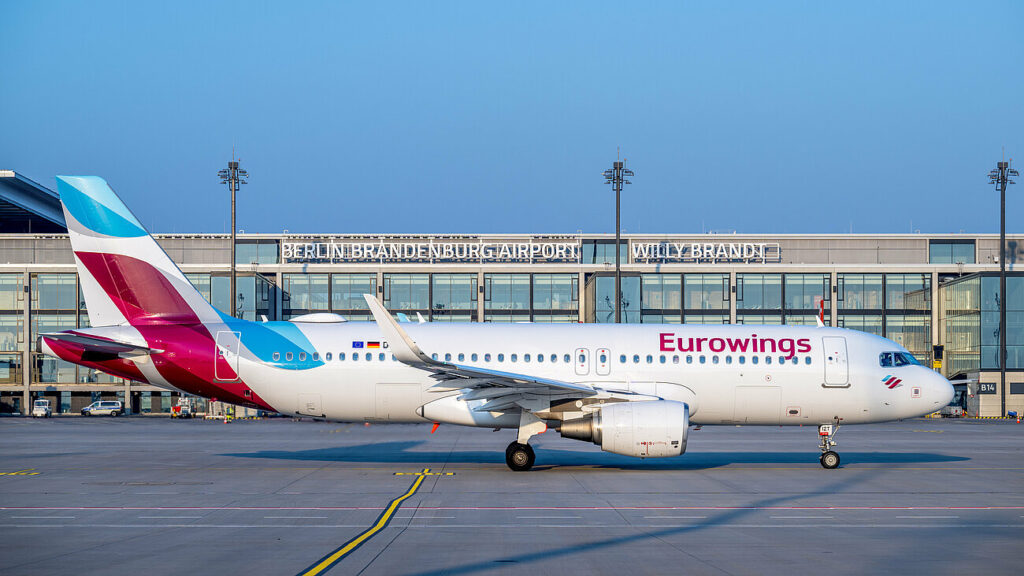 With five more new destinations from Berlin Brandenburg (BER), Eurowings is completing its programme for the coming summer. From March 2023, the Lufthansa subsidiary will also  connect Nice (France), Zakynthos (Greece), Ibiza (Spain), Porto (Portugal) and Graz (Austria) directly with the German capital. At the same time, Eurowings is increasing its connections to existing destinations: for example, the Germans’ most popular island – Majorca – will be served up to three times a day in future, for a total of around 20 times a week.

There will also be more flights to Sweden: Eurowings will be flying to the capital Stockholm up to eleven times a week from the start of the summer flight schedule. Flights in the basic fare start from 39.99 euros. Only a few weeks ago, Eurowings announced significant growth at its base in the German capital. Six stationed aircraft will take travellers from BER to around 30 destinations throughout Europe – whether on holiday or to a business meeting. A fourth aircraft will strengthen Eurowings’ growth path at the capital’s airport as early as the current winter flight schedule 2022/23.

The complete Eurowings programme in summer 2023 from BER:

Destinations in the Family and Home Visits Portfolio

The post The Eurowings summer programme from BER is now complete appeared first on Travel Daily.